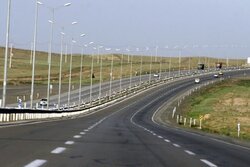 Iran’s Transport and Urban Development Minister Mohammad Eslami announced that the country’s length of freeway network will be increased to 3,100 kilometers in the coming weeks.

Back in May, Kheirollah Khademi, who is also the managing director of Iran's Construction and Development of Transportation Infrastructures Company (CDTIC), had announced that 440 km of freeways and 1,200 km of highways are going to be added to the country’s road network by the end of the current Iranian calendar year (March 2022).

The official noted that the ministry prioritized the completion of nine major freeway projects which would have the biggest impact on the country’s transportation and transit operations over the past two years and these projects have had average progress of more than 70 percent so far.

Khademi stressed that the completion of 221 km of freeways in the previous year was achieved despite the fact that the annual freeway construction in the country has been 80 km.