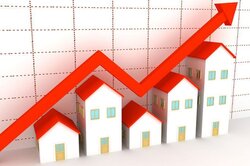 Real estate stock exchange to trade lands and houses will be set up in Iran Mercantile Exchange (IME) in the second half of the current Iranian calendar year (September 22, 2021-March 20, 2022), deputy transport and urban development minister announced.

Mahmoud Mahmoudzadeh, the deputy minister for housing and construction affairs, said that there has been cooperation in this due between the ministry and IME since some months ago and some positive results have been already achieved in this regard.

The establishment of such exchange is in line with the government’s policy of providing housing units for the underprivileged, and many efforts have been already made to prepare the required infrastructure in this due.

The head of Tehran Stock Exchange (TSE) had previously announced that the exchange was due to be established in the middle of the previous Iranian calendar month (early July 2020).

When established, it will be the country’s fifth major stock exchange. The four other ones are TSE, Iran’s over-the-counter (OTC) market, known as Iran Fara Bourse (IFB), Iran Energy Exchange (IRENEX), and Iran Mercantile Exchange (IME).

Deputy Head of Iran Chamber of Commerce, Industries, Mines, and Agriculture (ICCIMA) says the establishment of the country’s real estate stock exchange is going to promote transparency in this market.

According to Hossein Selahvarzi, establishing this stock exchange is going to be an opportunity for making the transactions in the housing market more competitive and transparent, and will gain people's trust for participation in mass construction projects.

Underlining the great capacities of this exchange, he said the capital market has the ability to define practical tools for financing the real estate market and large construction projects, and it will make people more confident in participating in the implementation of such projects.

In late June 2020, the outgoing Finance and Economic Affairs Minister Farhad Dejpasand had announced the establishment of the country’s real estate stock exchange.
The minister had stated that the Economy Ministry was finalizing the issue with the Securities and Exchange Organization (SEO).