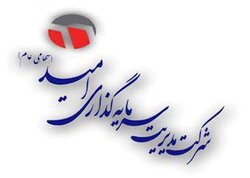 OMID Investment Management Group, as listed with Securities and Exchange of Tehran under “VAOMID” sign is an active company at the Capital Market of the country which could register about 9,000 billion tomans worth of profit in the first half of fiscal year in the current Iranian calendar year in 1400 (started March 21, 2021).

Omid Investment Management Group is presently comprised of several companies some of which listed with security exchange and play a crucial role in value generation, economic growth, and employment rate especially in less-developed provinces of the country.
According to the Public Relations of the company, giant steps were taken at Omid Investment Management Group in the first half of the fiscal year in the current year with gaining a profit of about 9,000 billion tomans.

The statistics indicate that net profit of the company in the first half of the fiscal year in the current year in 1400 has registered a considerable 97 percent hike as compared to the last year’s corresponding period.

Also, the operational incomes of the company in this period has recorded a significant 94 percent hike as compared to the same period of last year in a way that this prestigious company has obtained 913 rials profit for each of its share (Dividend per Share, DPS).

The brilliant and excellent workbook and performance of the company in the first half of fiscal year is owned to the continuation of localization and indigenization of projects, accurate planning for gaining guaranteed profitability, continuation of production in its production units, continuation of trend of capital increase at its subsidiary companies and also commissioning the high-yielding and productive projects.

It should be noted that dividend per share of the company has registered a significant 114 percent growth.