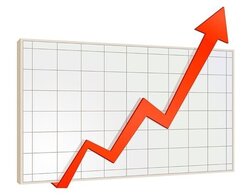 Back in July, Market Analyst Mehdi Bayat-Manesh had said that TEDPIX is going to improve in the second half of the current Iranian calendar year (September 23, 2021-March 20, 2022).
Bayat-Manesh noted that considering the current trend of capital inflow into the market TEDPIX is expected to rise in the mentioned period.

According to Bayat-Manesh, the government policies for supporting the upward trend of the market should continue in the coming months in order to ensure this upward trend.

“It is also better for the managers of Iran's Securities and Exchange Organization (SEO) to also take the necessary measures for supporting the market so that the stock market index can once again reach more than two million points, which takes at least a few months to happen.”

He pointed to the continuous increase in inflation rate in recent months and its effect on capital market transactions and added: “Shareholders' fears and worries about investing in the market will be eliminated by increasing government support and will increase their willingness to invest in this market.”
Following the supportive measures taken by the government, the Iranian stock market has been gradually getting back on track and experts believe that the market is regaining people’s trust.