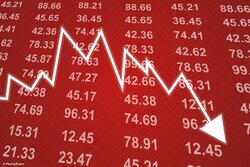 As reported, over 7.28 billion securities worth 55.74 trillion rials (about $1.327 billion) were traded at the TSE on Wednesday.

A capital market analyst has said the trades at the Tehran Stock Exchange are going to follow an upward trend in the remaining months of the current Iranian calendar year (ends in March 2022).
“Based on the forecasts, it seems that the stock market trading will experience a positive trend and be upward by the end of this year due to the current inflation in the country's economy,” Soheil Kolahchi told IRNA last week.

Emphasizing the parameters affecting stock market transactions, he said: “A few days of correction in the market paved the way for the return of the upward trend in stock trading, in this regard, the future of this market in the medium term can be considered as upward.”

“Another issue that can affect the stock market in the near future is the nuclear deal and the outcome of the negotiations, which can to some extent affect the trading process in this market,” the expert added.

Kolahchi further stressed the need to change some of the regulations in the stock market and said: “Issues such as the base volume and the amplitude in the market are among the topics whose change has been discussed many times.”

Iran’s new Minister of Finance and Economic Affairs Ehsan Khandouzi has previously underlined the capital market as one of the major priorities of his ministry during his tenure.