Iran’s private sector representative in Afghanistan called on the Iranian government on Wednesday to deploy economic councilors in Afghanistan and reopen joint borders between the two neighboring countries at the earliest.

Iranian private sector representative in Afghanistan called on Iran’s Foreign Ministry on Wednesday to deploy economic councilors in Afghanistan and reopen joint borders between the two neighboring countries at the earliest.

“Although trade between Iran and Afghanistan has resumed over the past three days, it is still unclear whether we can increase the volume of our trade with this country to $200 million a month or not,” Hossein Salimi told Iran Chamber newsroom.

Salimi, the Chairman of Iran-Afghanistan Joint Chamber of Commerce, said that the border crossings between Iran and Afghanistan were closed over the past month due to insecurity and civil war in Afghanistan. 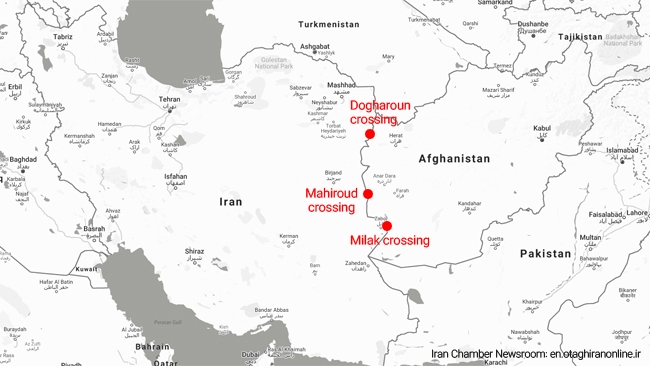 Dogharoun border crossing reopened three days ago gradually resuming bilateral trade between Iran and Afghanistan, Salimi said, however noting that the two other gateways to Afghanistan are still closed.

He said that Iran’s exchanges decreased from 150 trucks a day to and from Afghanistan to 12 trucks a day as the situation in the country worsened last month, and then the borders were actually closed for a while.

Salami said that Currently, most of Iran’s exports to Afghanistan are food.
Noting that the current level of bilateral trade is too low, he said, “I think we have to wait about another month for a government to be formed there. It can then be determined whether we can maintain our $2.5 billion of annual exports to Afghanistan.”