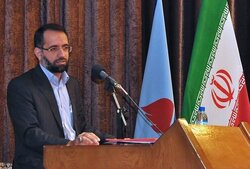 Iranian Oil Minister Javad Oji, in a decree on Monday, appointed Seyyed Abbas Beheshti as his representative in Iraq affairs in a move aimed at strengthening bilateral energy ties.

Identifying opportunities for cooperation with Iraq in various energy fields, identifying new opportunities for the presence of the Iranian private sector in Iraq’s energy market, facilitating the attraction of investment in the country’s oil and gas projects, and following up on the settlement of Iraq’s energy debts to Iran has been noted as the main duties of the new position.

Beheshti will also be responsible for pursuing an oil-for-goods deal with Iraq, similar to a scheme it has used previously to sell crude to countries such as Russia and India.

And in the upstream sector, he will oversee the exchange of information on the development of oil and gas fields on the Iran-Iraq border including Azadegan and Azar fields in the West Karun region.
Iraq is one of several neighboring countries that Iran continued to supply oil products to after U.S. sanctions were reimposed in 2018.

Iran's Oil, Gas, and Petrochemical Product Exporters' Union said in April that more than 50 percent of the gasoline that Iran exports to its neighbors goes to Iraq.

One of the most critical duties in Beheshti's new role will be to expedite the settlement of Iraq's ballooning debt to Iran for gas and electricity supplies. Iraq has been importing Iranian gas under two supply agreements signed in 2013 and 2015.

These supplies from Iran are conditional on Iraq securing sanctions waivers from the U.S. And although Washington has regularly granted the waivers, it has done so on the condition that Iraq pledges to do its utmost to reduce its reliance on Iranian imports in the future. The most recent waiver was granted for a 120-day period through to 27 November.