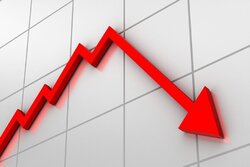 TEDPIX rose 2.7 percent in the past Iranian calendar week (ended on Friday).
The index gained 39,000 points to 1.436 million in the past week.

Capital market analyst, Soheil Kolahchi, believes the stock market is going to be able to compete with other parallel markets for bringing positive returns to investors in the second half of the current Iranian calendar year (September 22, 2021-March 20, 2022), IRNA reported.

Stating that the stock market can be one of the suitable markets for investment in the second half of the year, Kolahchi said: “The capital market can provide an acceptable return to shareholders and experience good growth compared to other parallel markets by the end of the year.”

“The stock market can grow by the end of the year as the prevailing environment for investing in other parallel markets (including the forex, gold, and housing markets) is calm and nothing special is going to happen in any of them,” he explained.

Emphasizing the sharp decline in the number of deals in the housing market in recent months, Kolahchi noted: "The foreign currency exchange market is also experiencing slight fluctuations.”

The capital market expert continued: "Due to the existence of such conditions, the capital market takes the same path as other markets and takes a slow path to ascend. This market will be accompanied by many ups and downs in its path but eventually, it moves upward.”
"It seems that the cement industry and the banking group can be suitable industries for investment and provide bigger returns by the end of the year; therefore, we can pay special attention to these groups compared to other industries for investment,” he added.