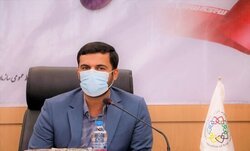 Head of Iran’s Trade Promotion Organization (TPO) Alireza Peyman Pak has said plans are underway for doubling the country’s non-oil exports over the next four years, the TPO portal reported.

Speaking in a meeting with Iran Chamber of Cooperatives (ICC) representatives on Monday, Peyman Pak emphasized the importance of establishing international links for promoting exports and said: “it is necessary to prepare a roadmap in the field of exports to know exactly what institutions and sectors should be used to achieve the desired result.”

According to Peyman Pak, based on a comprehensive four-year plan, the export target countries are divided into two groups, the first priority, and the second priority. The first priority group is comprised of 23 countries including neighboring countries, China, India, Russia, Kenya, and Malaysia, while the second priority includes the rest of the Islamic republic’s trade partners.

“Our approach is to do business with preferential and complementary tariffs to develop exports. We can also provide logistics subsidies to establish links between us and our trade partners,” he noted.

He further mentioned the importance of benefiting from international treaties and agreements to realize the country’s export targets, saying: “If the free trade agreement with Eurasia is fully implemented, we will have the capacity to export $10 billion to the union in the short term, which should be used to the best of our ability.”

We need to produce goods that have supply stability, quality, and a proper pricing system, the official added.

“The chamber of cooperatives has an important role to play in supporting small and medium-sized enterprises, as well as in supply chains domestically and internationally, and can help small traders to produce and export their goods,” he added.

Noting that the ICC’s major task is to support small and medium-sized enterprises, he said: "Export consortia and supply chains are important areas in which the chamber of cooperatives can make significant contributions because the micro-producer cannot enter global markets and in this regard Institutions such as the ICC should play an intermediary role.”

Peyman Pak had earlier said that the government was trying to boost non-oil exports by improving the logistics sector, preferential tariffs, and also by reforming laws, regulations, and structures in the trade advisory sector.

According to the plans, the country's exports are set to increase by $35 billion over the next four years, he said earlier this month.