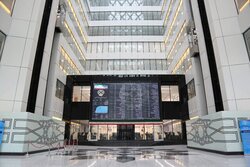 Government Economic Coordination Headquarters in its latest meeting has approved five new resolutions for supporting the country’s stock market, and the directives in this regard have been sent to relative ministries, First Vice President Mohammad Mokhber announced.

According to Mokhber, the decisions made in the meeting of the Government Economic Coordination Headquarters have been communicated with Finance and Economic Affair Minister Ehsan Khandouzi, Minister of Industry, Mining and Trade Reza Fatemi-Amin, Oil Minister Javad Oji, Head of Planning and Budget Organization (PMO) Masoud Mir-Kazemi, and Governor of Central Bank of Iran (CBI) Ali Saleh-Abadi.

Speaking about the positive impacts of the mentioned decisions on the capital market, Finance Minister Ehsan Khandouzi said on Tuesday that the mentioned resolutions carry the message of government’s serious support for industries and indicate stable economic activity, predictability of variables, and ultimately a positive outlook for the economy in the coming months.

Earlier on Tuesday, President Raisi had called on all related authorities to take the necessary measures for resolving the stock market problems.

Following the president’s remarks, his cabinet held a meeting with the presence of the PBO head, the first vice president, the vice president for economic affairs, and the head of the country’s Securities and Exchange Organization (SEO) to discuss ways for resolving the mentioned issues and to support the market.