Trade between Iran, EAEU exceeds $5b in 11 months 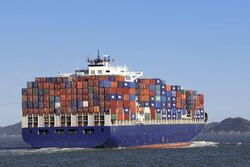 The value of trade between Iran and the members of the Eurasian Economic Union (EAEU) reached $5.034 billion during the 11-month period from March 21, 2021 to February 19, 2022, Mohammad-Reza Karbasi, a member of Iran Chamber of Commerce, Industries, Mines and Agriculture (ICCIMA) told the Young Journalists Club (YJC).

Iran and Eurasian Economic Union reached a free trade agreement in October 2018 based on which about 862 commodity data-x-items were subjected to preferential tariffs.

The interim agreement enabling the formation of a free trade area between Iran and the EAEU was signed on May 17, 2018, and officially came into force on October 27, 2019.

Iran is a very important market in the region and the development of ties with this country is of high significance for the EAEU members (Russia, Belarus, Armenia, Kazakhstan, and Kyrgyzstan).

The free trade agreement between Iran and this union has laid the ground for the expansion of trade ties between the two sides.