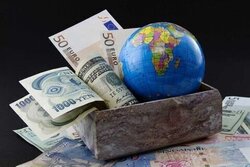 The Iranian government has approved a new resolution to facilitate foreign investment in the country, IRIB reported on Tuesday quoting an official with the Investment and Economic and Technical Assistance Organization of Iran (OIETAI).

According to Abolfazl Koudei, following the suggestion made by the Ministry of Finance and Economic Affairs, the cabinet has approved a new resolution, based on which the amount of deposit required to grant a five-year residence to foreign nationals has been reduced from €250,000 in the previous decree to €90,000 euros.
Koudei noted that the main purpose of this decision is to encourage investors from other countries, especially from neighboring countries, to invest in Iran.

The director-general for OIETAI’s foreign investment office noted that based on the new resolution, the main investor party along with the enterprises’ managers and experts, as well as his/her spouse, male children under 18 years of age, female children, and dependent parents will also benefit from the mentioned conditions.

According to Khandouzi, following this roadmap, the government will help increase productivity and improve the business environment through two categories of measures. First, removing barriers to production, and secondly providing support for pioneering projects by facilitating financing procedures like a foreign investment.