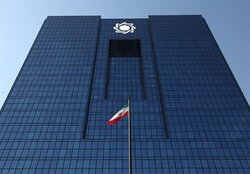 Central Bank of Iran will release the list of major defaulters on bank loans in the next Iranian calendar week (starts on Saturday April 16).

CBI Public Relations Director Mostafa Qamari-Vafa announced in a tweet: “The central bank, within the framework of the comprehensive plan to reform the banking network and based on financial discipline and credit health of banks, according to paragraph D of Note 16 of Budget Law of 1401 (current Iranian calendar year) will publish the names of major defaulters on bank loans from next week.”
According to the CBI, the table related to the large bank debtors’ information will be completed in the middle of the next Iranian calendar month (April 20-May 20) after receiving the relevant information from the banks.

As announced on Monday by Finance and Economic Affairs Minister Ehsan Khandouzi, 11 state-owned banks have already published their list of major defaulters.
Pointing out that this level of transparency has been unprecedented in the country's banking history, the minister said: "The names of companies and real entities who were among the big deadbeats on bank loans have been revealed, and we hope that this will help the banks collect the debts and provide the ground for more creditworthy people, whether producers or ordinary people, to have access to the banking resources.”