Transit of cargos through Iran has increased 68% in the past Iranian year (ended on March 20) despite the US sanctions, the Iranian government’s figures indicated.

The government figures showed that cargo transit through the Iranian territory reached more than 12.6 million metric tons (mt) in the year to March 20, an increase of nearly 68% compared to the 7 million mt of the previous year.

Transit shipments processed at Shahid Rajaee Port, Iran’s largest container port on the Persian Gulf, accounted for nearly a third of all shipments, said the report, adding that cargoes crossing through main borders with Iraq and Afghanistan had also increased significantly over the past calendar year.
The figures showed around 2 million mt of European cargoes had been transited through the Iranian territory in the year to March despite growing US pressure on transportation companies in Europe to avoid using Iranian road and railway network.

Transit through the Iranian roads covered nearly 76% of all shipments recorded in Iranian customs offices last calendar year, said the report, adding that transit via the Iranian railway network had more than doubled over the same period to reach more than 2.6 million mt.
The report did not elaborate on the amount of income generated by record transit through Iran over the last calendar year.

However, it said the figures show that US sanctions on Iran have mostly backfired as the country has been able to benefit from increased trade revenues at a time its crude oil exports had dropped because of the US bans.
Head of the Islamic Republic of Iran Customs Administration (IRICA) Mehdi Mirasharfi announced in October that transit of goods from Iranian borders has witnessed a considerable growth during the first seven months of the past Iranian year (March 21, 2021-October 23, 2021). 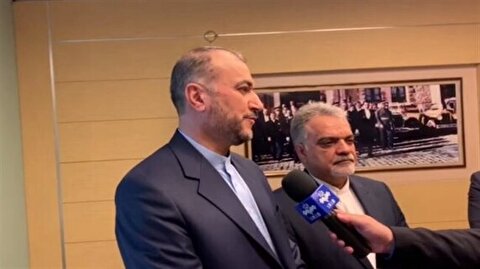