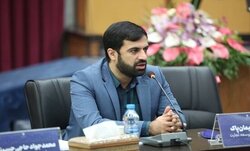 Head of Iran Trade Promotion Organization (TPO) Alireza Peyman-Pak has said his organization will fully support both Iranian and Qatari businessmen to facilitate their trade exchanges, the TPO portal reported.

The traders of the two countries must be acquainted with each other's capacities in order to form a constructive trade relationship, and the TPO also supports and provides the requirements in this regard including logistics, customs, monetary, financial, and banking facilities.
Peyman-Pak further pointed to the visit of the Iranian trade delegation to Qatar and noted that this was the largest Iranian trade delegation visiting this country in the history of Iran-Qatar relations.

The MOU was signed by Mehrabian and Qatar’s Minister of Commerce and Industry Sheikh Mohammed Bin Hamad Bin Qassim Al-Thani who co-chaired the meeting.
This memorandum determines the framework of cooperation in various fields including transit, transportation, industry and trade, energy, customs, and free zones, tourism, culture, agriculture, sports, etc.

Speaking in this meeting, he expressed the Iranian government’s determination to fully support Qatari traders and investors who decide to do business in Iran.
“Holding joint meetings between businessmen and private sectors of the two countries is one of the issues emphasized by the governments of Iran and Qatar, and both countries are working to establish stable trade relations,” the official said.