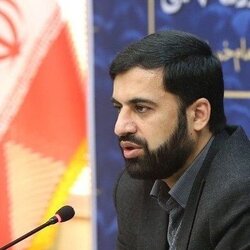 During a visit to industrial and knowledge-based production units of Fars province on Saturday, Head of Trade Promotion Organization (TPO) Alireza Peyman-Pak emphasized the need to use knowledge-based methods in trade and production.

“Traditional methods of trade should be modified and efforts should be made to open new markets, this will become an engine for the development of the industries of the country’s provinces,” the official said.

As the TPO portal reported, Peyman-Pak also stressed the need to complete the production chain in manufacturing units to prevent selling raw materials.
Referring to the remarks of Leader of the Islamic Revolution Ayatollah Seyyed Ali Khamenei regarding the completion of the value chain of various products, the TPO head said: “The leader has repeatedly emphasized preventing the sale of raw materials.”

According to the official, the best way to have a complete value chain of a product is to establish specialized industrial parks for certain sectors, like the steel industry.
He stated that the export of raw materials should be prevented in order to be able to use the added value resulting from the completion of the value chain to develop the industries.

“With the formation of a specialized steel industrial park and the completion of the steel value chain, we can have a model for other industries to follow,” he added.
Emphasizing the importance of downstream industries, Peyman-Pak noted that by completing the value chain of products, including steel, the import of many other products will also be prevented.
The official further mentioned TPO’s new incentives for the country’s exporters, saying that the incentives have been moved in a direction to be more effective.
“The processes of issuing insurance policies, export guarantees and providing legal services as well as other matters in this regard will lead to a more effective process,” he said.