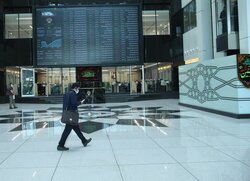 Market analyst, Mehdi Souri, believes that stimulation of demand, providing support packages and liquidity injection by the government can push the stock market in a positive direction, IRNA reported on Monday.

Mentioning the impacts of the political issues like the nuclear deal and Vienna talks on the market condition, he noted that at some times, the market's view of the JCPOA (nuclear deal known as the Joint Comprehensive Plan of Action) has been positive and at other times negative.
“At the moment, the market's view on the issue [JCPOA] is positive, because shareholders believe that if positive relations are established with other countries, companies will have a better chance for selling their products and provide equipment needed for their overhaul and development projects, as well as transferring money inside the country,” Souri added.
According to the expert, the loss of people’s trust in the capital market has been one of the biggest challenges for the market.

“Willingness for investment in the country has decreased, and this is a big threat; we are always worried about the outflow of capital from the country along with the outflow of talents,” he said.
Iranian stock market has been struggling for months to get back on track, however various internal and external factors have been hindering this market from reaching its true potential.
Back in July, senior stock market analyst, Ashkan Zoudfekr had also said that government must support the stock market against other parallel competitors like money and property markets.

“Considering the fact that the capital market provides liquidity and dynamism to the economy, and is a useful and active part of the country's economic development, strengthening it should become a priority for the government,” Zoudfekr said.
Stating that lack of sufficient attention and determination by the government to regulate and supervise speculative markets has caused liquidity to be guided to such markets and become idle and unproductive.