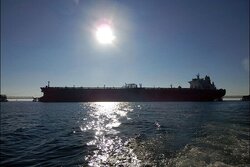 NIOC’s official selling price increase affected three grades of Iranian oil namely Light, Heavy and Forouzan.
The NIOC has set the September OSP of Iranian Light grade for Asia at $9.5 a barrel above the Oman/Dubai average, up $0.6 from the previous month.
The prices for Iranian Heavy and Forouzan grades are also set to be $6.3 and $6.4 above the Oman/Dubai average, respectively.

The September OSPs for heavy and Forouzan grades have increased by $0.7 and $0.75 compared to the prices for the previous month, respectively.
Iran has been shipping its oil into the global markets successfully despite the U.S. sanctions and over the past year, the export of Iranian crude oil increased significantly.

Considering the increase in exports, NIOC has also been ramping up production so that according to Oil Minister Javad Oji, the country’s oil production has increased almost to the pre-sanctions level.
Back in April, Oji had said that the country’s crude oil production reached the pre-sanction levels.
Putting the current capacity of Iran’s oil production at more than 3.8 million barrels per day (bpd), the minister said, “We hope that through the efforts of all those active in this sector, we will reach higher figures in the exports of crude oil, gas condensate, oil products, and petrochemicals."

“By taking effective measures in onshore and offshore oil fields, drilling new wells, repairing wells, rebuilding and modernizing facilities, and oil collection centers, the current oil production capacity has reached before the sanctions, and we have no problem in performance and this amount of production”, Oji added.