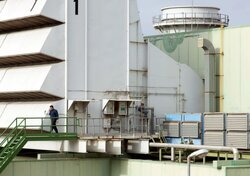 The nominal capacity of Iran’s thermal power plants has reached 72,027 megawatts (MW), registering an increase of 3,000 MW over the past 12 months, IRNA reported.

Over the past decade, constant temperature rising and the significant decrease in rainfalls across Iran have put the country in a hard situation regarding electricity supply during peak consumption periods.
In this regard, the Energy Ministry has been following new programs to meet the country’s power demand during peak periods and to prevent outages.
Constructing new units in the country’s power plants and also building new power plants for major industries are among the mentioned programs that are being pursued seriously by the ministry in collaboration with other related government entities.
The Islamic Republic’s total power generation capacity currently stands at about 85,500 gigawatts most of which is supplied by thermal power plants.