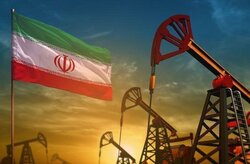 Iran increased its oil exports in June and July and could raise them further this month by offering a deeper discount to Russian crude for its main buyer China, firms tracking the flows said, Reuters reported on Thursday.

Despite U.S. sanctions Iran has boosted oil exports, largely to China, during President Joe Biden's term, but shipments have recently slowed due to competition with Russian crude.
"Iran has been exporting more since the new U.S. administration - oil, products and petrochemical goods," Sara Vakhshouri of Energy consultant SVB International said.
And while high oil prices have reduced pressure on Tehran to do a nuclear deal, if talks to resurrect one succeed it would allow Iran to boost sales beyond China, to former buyers in South Korea and Europe.

Iran's oil ministry did not reply to a request for comment.
Chinese crude imports could recover in August as the pricing advantage of Russian oil, displaced by falling demand in Europe on concerns about sanctions over Russia's invasion of Ukraine, wanes, Emma Li, analyst at Vortexa Analytics, added.
"Iranian crude was facing strong competition from Russian Urals in July as the non-sanctioned barrels were offered at similar discount levels. However, as the price difference of the two widened, Chinese refiners may turn back to cheaper Iranian barrels in August," Li said.
By importing heavily discounted Russian and Iranian crude, China is boosting the competitiveness of its economy versus the West which is paying much higher prices for alternative crude grades from the West Asia, Africa and the United States.

According to OPEC’s latest monthly report, Iran produced 2.574 million barrels per day (bpd) of crude oil in June, registering a 21,000-bpd increase compared to the figure for the previous month.
Iran produced 2.543 million bpd of crude oil in May based on secondary sources, the report read.
As per OPEC data, the Islamic Republic’s average crude output for the second quarter of 2022 stood at 2.560 million bpd indicating a 32,000-bpd increase compared to the figure for the first quarter of the year.
The report put the average Iranian crude output for 2021 at 2.392 million bpd, while the average output in 2020 was reported to be 1.991 million bpd.
The country’s heavy crude oil price also increased by $0.37 in June, to register a 0.3 percent rise compared to the previous month, according to the OPEC report.
Iran sold its heavy crude oil at $115.85 per barrel in the mentioned month, compared to May’s $115.48 per barrel.

The country’s average heavy crude price was $105.14 from the beginning of 2022 up to the report’s publishing date, in comparison to $64.31 in the previous year’s same period.
OPEC statistics show that despite the U.S. sanctions, Iran's oil production has been increasing gradually and the country has been able to compensate for the output decline.
Earlier in July, National Iranian Oil Company (NIOC) Director for Supervising Oil and Gas Production Hormoz Qalavand said that the company is now ready to return to the maximum level of oil production.
“This would be rapidly done if the country needs to increase export, or domestic refineries need more feed”, Qalavand stressed.
Back in April, Oil Minister Javad Oji had said that the country’s crude oil production has reached the pre-sanction level.

Saying that the current capacity of Iran’s oil production has reached more than 3.8 million bpd, the minister said, “We hope that through the efforts of all those active in this sector, we will reach higher figures in the exports of crude oil, gas condensate, oil products, and petrochemicals."
“By taking effective measures in onshore and offshore oil fields, drilling new wells, repairing wells, rebuilding and modernizing facilities, and oil collection centers, the current oil production capacity has reached before the sanctions, and we have no problem in performance and this amount of production”, Oji added.