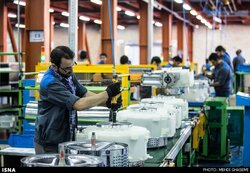 Iranian Industry, Mining and Trade Minister Reza Fatemi-Amin said on Friday that his ministry has issued 74,000 business licenses for applicants since the beginning of the current Iranian calendar year (March 21), IRIB reported.

“So far, 240,000 license applications have been registered in the national license portal, and licenses have been issued for 74,000 applicants,” Fatemi-Amin said.

The minister referred to some of the government's measures to promote domestic production including creating economic stability, creating a national licensing portal, removing some production barriers, and making the country’s economic information available to the people, saying that these measures have resulted in positive outcomes despite the sanctions and difficult global economic conditions.