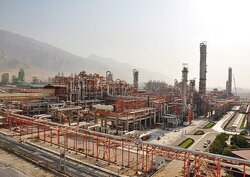 The managing director of Iran’s Pars Special Economic Energy Zone (PSEEZ) has said the conditions are facilitated for the presence of foreign investors in the zone’s development projects, Shana reported.

Mentioning the government’s new strategies for the attraction of investment in the region, Sekhavat Asadi said: “In order to facilitate investment, we have shortened the process of obtaining permits and licenses and tried to carry out investor assessments in the shortest possible time.”

Currently, almost all large companies and active petrochemical complexes in the region have development plans underway that can be a great opportunity for investors to participate, he said.

“There are no restrictions for foreign companies’ investment in the downstream sector projects, and according to the laws of the Islamic Republic, they can be partners or owners in such projects,” the official added.

“The model of the contracts under which foreign or even domestic companies operate in the region is in the form of lease contracts, that means we lease land to investors and they establish their complexes; I think this is a great incentive to attract capital in the Pars Energy Special Economic Energy Zone,” Asadi explained.

He further noted that due to the measures taken by the 13th government to attract foreign capital and expand relations with neighboring countries as well as the world, very good conditions have been provided for foreign investors.

“The most important incentive that we have considered for investors is based on a new regulation that was recently promulgated by the Oil Ministry to facilitate the establishment of new companies in the Islamic Republic of Iran,” he said.

According to the official, PSEEZ managed to attract 44 trillion rials (about $153.8 million) of capital from domestic investors in addition to $900 million of foreign investment in the Iranian calendar year 1399 (March 2020-March 2021).

The zone approved 17 investment cases in the previous Iranian calendar year 1400 (ended on March 20) with 17 trillion rials (about $59.44 million) of domestic investment plus $4.5 billion of foreign investment, he said.

Asadi noted that since the establishment of the zone, in total $81 billion of investment has been attracted in the upstream sector projects and the investment in the downstream sector has amounted to $30 billion.

Located in the port city of Assaluyeh, PSEEZ is home to several petrochemical complexes that receive gas and gas condensate feedstock from the giant South Pars gas field, which Iran shares with Qatar in the Persian Gulf.

The zone is the hub of Iran’s exports of major non-oil commodities including gas condensate and petrochemicals.