Permanent exhibition of Iranian products to be held in Kenya 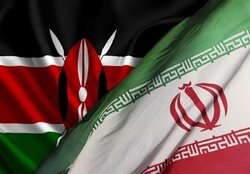 A permanent exhibition of Iranian products will be held in Kenya within the next two months, Tasnim news agency reported, quoting Iran’s Ambassador to Nairobi Jafar Barmaki as saying on Saturday.

Barmaki said the exhibition will be mainly focused on presenting construction materials, adding that: “There are high capacities for cooperation with Kenya in the construction sector, trans-territorial cultivation, and exports of fruit to the country.”

According to the envoy, the mentioned exhibition will also have a website on which the details and information about the exhibited products and services are going to be presented.

Mentioning the measures taken to develop bilateral relations, he said: “about two years ago, we were able to launch the Iran Technology House in Kenya, where knowledge-based companies are operating. Fortunately, with the support of the Vice- presidency for Science and Technology, this work has gone well.”

According to Barmaki, the two countries are determined for the expansion of economic ties so that 16 trade delegations were exchanged between the two sides in the previous Iranian calendar year (ended on March 20).

“The Iranian embassy is ready to provide the required information to the businessmen for trade with Kenya and hopefully our commercial attaché will also start his mission in Kenya soon,” the official added.

Kenya’s Ambassador to Tehran Joshua Gatimu has recently said that there are many common fields for cooperation between the two countries and in order to expand business relations, the Kenyan government has started facilitating the process.