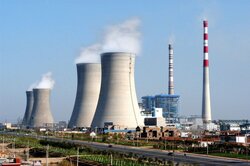 As announced by an official with Iran’s Thermal Power Plant Holding (TPPH), the overhaul operation of the country’s thermal power plants has been started.

Esmaeil Namazi, the director-general of TPPH’s technical office for production, said: “Eevery year, from the middle of [Iranian calendar month] Shahrivar (September 6), the overhaul season of thermal power plants begins, and all thermal power units must be fully prepared in the generation circuit before Khordad (May 21) and the beginning of the peak of summer electricity consumption.”

In order to provide stable electricity next summer, a repair program for about 107,000 megawatts has been considered, he stated.

Summer months constitute Iran’s peak demand periods, so most of the power plant overhaul programs are scheduled to take place during autumn, winter and spring seasons.

Currently, a total of 478 thermal power plants are operating throughout Iran which includes both gas power plants and combined cycle plants.

Iran’s total power generation capacity currently stands at about 85,000 MW, more than 90 percent of which is supplied by thermal power plants.