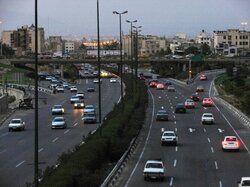 International Monetary Fund (IMF) has ranked Iran among the world’s top 30 countries with the fastest road transportation in a recent report on road quality.

In the mentioned report, IMF has examined road quality across 162 countries using Google Maps to determine the mean, or average, the time it takes to drive between large cities that are at least 80 kilometers (50 miles) apart.

Based on the collected data, Iran is ranked 19th among the world’s top countries with the fastest road transportation, standing above countries like China, Russia, Turkey, Egypt, the United Kingdom, Ireland, Finland, Kuwait, India, Brazil, Ukraine, and Poland.

According to IMF, the fastest countries are generally the wealthiest ones as measured by gross domestic product (GDP) per capita. For advanced economies, a small improvement in the mean speed was associated with a higher GDP per capita than for low-income developing countries.

According to the fund, road connectivity is key for inclusive development. Roads promote access to economic and social services, with positive effects on agricultural and non-agricultural employment and productivity in rural and urban areas and facilitate internal and external market integration.

Road speed is one of the important factors in economic mobility and development. For this reason, countries with slower roads are generally poor and underdeveloped, and in rich countries and large and developed economies, the average road speed is generally higher.

Of course, this report did not examine issues like road safety and other forms of transportation such as rail and air transportation.

Some of the countries with the slowest roads (with a speed between 30 to 60 km/h) are Afghanistan, India, Sri Lanka, Yemen, Mongolia, Somalia, Kenya, South Sudan, Tanzania, Nigeria, Myanmar, Tajikistan, Indonesia, Colombia and Bolivia.