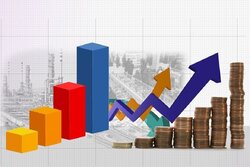 According to SCI data, the figure including oil increased 3.8 percent, IRIB reported.

The SCI put the average inflation rate in the three-month period at 40 percent, expecting the figure to reach 30 percent by the end of the current Iranian calendar year (March 20, 2023).

Back in June, SCI had put the country’s GDP growth at 4.3 percent including oil, and at 3.5 percent excluding oil in the previous year.

The SCI said that the agriculture sector experienced negative growth of 3.7 percent, while the industries and mines sector grew six percent, and the services sector’s growth stood at 4.5 percent in the previous year.

According to the World Bank’s Global Economic Prospects (GEP) report released on June 7, the Iranian economy is projected to grow by 3.7 percent in 2022, while the average global economic growth is seen at 2.9 percent in the said year.

“Output in the Islamic Republic of Iran is expected to grow by 3.7 percent in 2022, boosted by the waning of the pandemic and higher oil prices,” the bank said in the report.

“Iran’s economy continues its gradual recovery that started in mid-2020, driven by the oil sector and services. However, water and energy shortages led to a contraction of the agriculture and industry sectors,” the report said.

A recovery in Iran’s oil and service sectors (11.7 and 6.5 percent growth, respectively) – following a return of global and domestic activity after the start of the pandemic – led to a five percent year-on-year growth in late 2021-early 2022, the bank said.