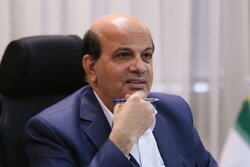 The managing director of National Iranian Oil Company (NIOC) said that the study of Iran’s oil and gas fields by Russian companies is nearing its end and the memorandums of understands (MOUs) for these studies will soon turn into contracts.

Speaking about the most important focus of Iran-Russia negotiations in the 16th meeting of the countries’ Joint Economic Committee in Moscow, Mohsen Khojasteh-Mehr said, “The issue of energy, especially the upstream sector of oil and gas, was distinguished from other issues in this meeting.”

He stated that one of the highlights of this meeting, which was examined very carefully, was the progress of the oil fields development plans worth about $4.5 billion in Iran, and clarified that some of these plans have reached 40 percent physical progress and to speed up the physical and financial progress of the plans, constructive suggestions were raised.”

Iran and Russia signed four documents for cooperation in a variety of areas at the end of the two countries’ 16th Joint Economic Committee meeting in Russia on Tuesday.