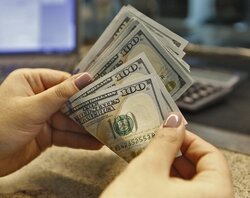 The head of the Iranian parliament’s Economic Committee has announced holding a meeting with the new Central Bank of Iran (CBI) Governor Mohammadreza Farzin to discuss cooperation for managing the foreign currency exchange market, IRIB reported.

Mohammadreza Pour-Ebrahimi made the remarks during a meeting of the mentioned committee on Tuesday, saying: “A joint meeting was held with Mohammadreza Farzin, the new governor of the central bank, and regarding foreign currency exchange policies, it was agreed that our main approach should be to stabilize the market and reduce price fluctuations.”

Pour-Ebrahimi said the parliament Economic Committee and the CBI will also cooperate on taking fundamental decisions about the next year’s budget bill and the Seventh National Development Plan (2022-2026) with the aim of removing obstacles in the way of reducing inflation.