Projects worth $3.5b ready to be inaugurated in free trade, special economic zones 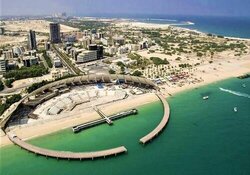 The secretary of the Iranian Free Zones High Council says projects worth 150 trillion rials (about $3.571 billion) are ready to be inaugurated in the country’s free trade zones (FTZs) and special economic zones by the next two months.

In early July, Mo'meni had announced that some new free trade zones are planned to be set up in the country in the current Iranian calendar year (ends on March 20, 2022).
“If we can settle the subject of the comprehensive plans of these zones, I think by the end of this year, the new free zones will be added to the existing ones,” he said on July 12.
The establishment of free trade zones in Iran dates back to the Iranian calendar year 1368 (March 1989- March 1990) following the fall in the country’s oil income in the preceding year which prompted the government to promote the non-oil exports.

While near three decades have passed since the start of free trade zones activity in Iran, their planned objectives have not been fully achieved and their development is still facing some impediments.

Lack of proportion between the facilities and the objectives, lack of a national definition for free trade zones’ performance, limited resources for establishment and completion of infrastructures, no comprehensive management between the zones, and not complete implementation of zones management law are some of the barriers in the way of free trade zones’ activity and development in the country.