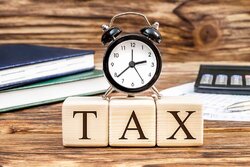 Iranian Finance and Economic Affairs Minister Ehsan Khandouzi said, “We should increase the tax revenue to GDP ratio up to 50 percent through smartening of tax collection process”, IRIB reported on Monday.

We should try to increase the tax to GDP ratio, up to 50 percent in the next four years, and achieving this goal is possible through smart and fair taxation," Khandouzi said in a meeting with senior managers of the country’s tax organizations.

In this meeting, Khandouzi stressed the need to achieve macro-scale goals and plans and said: “We have suffered from both inefficient traditional tax collection methods and unfair tax methods that cause injustice to various social groups,” the minister stressed.

It is expected that the executive plans for achieving these goals will be reviewed and finalized in two sections including short-term (until the end of the current Iranian calendar year that is March 2022) and long-term (until the end of the government incumbency) plans within three days in a meeting with the head of the National Tax Administration, the official noted.

“This period should be the beginning of a new era in the country’s tax system,” he stated.
Iran managed to collect 590 trillion rials (about $14 billion) of tax revenues during the first three months of the current Iranian calendar year (March 21-June 21), registering a 70 percent rise compared to the previous year’s same period.

The country’s national budget bill for the current Iranian calendar year has predicted a tax income of 2.7 quadrillion rials (about $64.2 billion), which indicates that 25 percent of the country’s annual tax income plan was realized in the mentioned quarter.