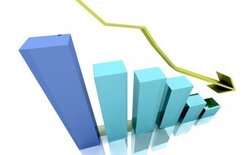 Iran’s new Minister of Finance and Economic Affairs Ehsan Khandouzi has underlined the capital market as one the major priorities of his ministry during his tenure, outlining the programs for improving this market.

According to Khandouzi, the stock market is one of the most important pillars of the economy as it will play a significant role in financing government projects and supporting economic growth.
The minister had previously mentioned financing the government and ensuring economic growth as the main priorities of the Economy Ministry during his tenure.