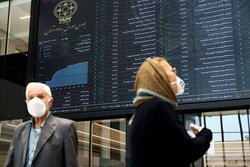 Confidence in the capital market has increased and the market is expected to experience an upward trend in the long term, Capital Market Analyst Reza Alavi said, IRIB reported.

Mentioning the positive measures taken by the government for supporting the stock market, Alavi said: “Such measures will have an impact in the short and long term because confidence in the market will be restored.”

“Of course, ambiguities such as regulatory pricing, fluctuations of the foreign currency exchange rates, import and export trends, and developments in international economics are some of the factors that have caused fluctuations in the capital market,” the expert said.
According to the analyst, the market will get various signals from the mentioned factors and will take new decisions and go in new directions accordingly.

In the capital market, sometimes supply increases, and sometimes demand rises, and this causes natural fluctuations in the market, he stressed.
"As we move forward, the ambiguities in the market decrease and the situation will become in the market's favor," the expert added.

The market trend will not change drastically in the short term, but in the long term we will see an upward trend, Alavi said.
Iran’s new Minister of Finance and Economic Affairs Ehsan Khandouzi has previously underlined the capital market as one of the major priorities of his ministry during his tenure.

Increasing the role of the capital market in financing production companies and projects, diversifying financial instruments in the capital market, eliminating unnecessary regulations and barriers, facilitating the entry of companies into the stock market, reducing the cost of issuing bonds by facilitating relevant regulations, canceling monopolies and facilitating licensing for stock market-related services such as portfolio management, marketing, and brokerage, reforming corporate governance to manage conflict of interest between major and minor stakeholders and finally providing incentives for people to invest indirectly in the capital market have been mentioned as the major programs that the economy ministry is going to pursue in order to improve the capital market.
According to Khandouzi, the stock market is one of the most important pillars of the economy as it will play a significant role in financing government projects and supporting economic growth.