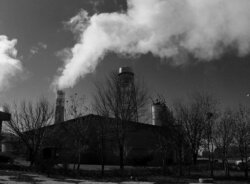 Managing Director of Iran’s Thermal Power Plant Holding (TPPH) Mohsen Tarztalab has said the Energy Ministry is going to face serious problems in meeting electricity demand in the cold season if fuel is not supplied for power plants, IRNA reported.

Insufficient gas and liquid fuel supply for power plants in winter and the consumption of fuel oil and its consequent pollutants have caused serious concerns for the power generation sector,” TPPH quoted Tarztalab as saying.

Mentioning the thermal power plants’ problems regarding the supply of fuel in the previous year’s cold season, the official said: “Currently, our main concern is about the supply of fuel to the country's thermal power plants in the winter. We have faced serious problems last year due to the lack of gas and liquid fuel required by the power plants, and there is a concern that we will not be able to fully meet the country’s electricity needs this winter either.”

“This summer, due to the restrictions, we were forced to cut off electricity to industries and domestic and commercial subscribers and if this trend continues in the winter, it will cause serious problems for the electricity sector; in this regard, we are trying to overcome this problem by managing the issue of fuel supply to power plants,” Tarztalab stated.

He further noted that since natural gas consumption by the domestic sector increases significantly in the cold season and the Oil Ministry will not be able to reduce its supply to this sector, so the only way to solve the problem is to supply enough liquid fuel for the power plants in order to prevent power outages.

Tarztalab pointed out that the implementation of the power plants annual overhaul program in such conditions is very sensitive, saying: “With the beginning of the thermal power plants overhaul program, we must prepare diesel units to offset the power deficit in winter and make up for gas shortages; On the other hand, we must prepare the same units for next summer to compensate for the imbalance between production and consumption. Surely, if we cannot use the full capacity of these units, we will face more problems.”

Earlier on Sunday, Meysam Jafarzadeh, the director-general of the Crisis Management Office in the Iranian Energy Ministry, has stressed the need for taking necessary measures to ensure sustained supply of fuel to the country’s power plants during the cold season.
“Given last winter's experience, if we do not provide fuel for power plants in late autumn and winter this year, we will have a lot of difficulty in meeting electricity demands; we must think about the necessary preparations for the winter of 1400 (the current Iranian calendar year started on March 21) from now on,” Jafarzaeh was quoted by the portal of Power Generation, Distribution, and Transmission Company (known as Tavanir).

He pointed out three main reasons for the importance of fuel supply to power plants during the cold season, saying: "first, considering the fact that we are witnessing a decrease in liquid fuel reserves in power plants compared to the previous year, the fuel condition is very important."
The increase in gas consumption by households in winter causes less gas to be supplied to power plants, and if liquid fuel storages are not full, power plants will face problems operating on full capacity, he explained.