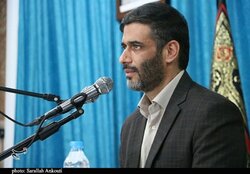 The secretary of Iran’s Free Zones High Council said, “We are looking for the establishment of international bourse in the free trade zones (FTZs) of the country to help the stock exchange market”.

Although, Saeed Mohammad mentioned the problems existing in these zones and said, “Our free zones have a lot of problems, the first of which is infrastructure. After 39 years, Kish Free Zone still does not have enough electricity supply; we have 22,000 vacant units in Kish, and if they live in them, we will face a big electrical problem.”

Lack of proportion between the facilities and the objectives, lack of a national definition for free trade zones’ performance, limited resources for establishment and completion of infrastructures, no comprehensive management between the zones, and not complete implementation of zones management law are some of the barriers in the way of free trade zones’ activity and development in the country.