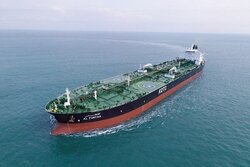 Head of National Iranian Oil Company (NIOC) Mohsen Khojasteh-Mehr has said the country’s oil revenues have increased significantly over the past few months and the country has received the payment for all its crude oil sales since the new government administration, Shana reported on Sunday.

“In the thirteenth government, part of the country’s lost oil markets has been revived and we have received the payment for all the oil we have sold so far,” Khojasteh-Mehr said.

According to the official, the private sector is also contributing greatly to the country’s current oil sales.