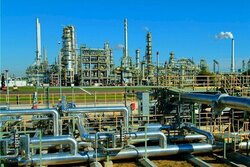 International energy companies predict that the demand for petrochemical products will increase significantly in the coming years, and therefore the development of petro-refineries seems a necessity in Iran.

Due to the country's benefit from oil and gas resources, the development of petro-refineries is much easier and relatively cheaper in Iran than other countries in the world, and the country can play a role in regulating the price of petrochemical products in the world due to its proximity to energy sources and its capacity for the development of petro-refinery.

And most importantly, if the country's petro-refinery capacity can be expanded to the level of crude oil feed produced in the country, the sanctions on Iran’s oil industry will be practically nullified.

It is why Iran is now serious and determined to develop its petro-refineries, although in previous years, despite the country’s upstream economic plans based on preventing the sale of crude oil and natural gas, and developing refining capacity instead to boost production of export products, there seemed to be no will to build petro-refineries.

In order to encourage the government and investors to work hard on the development of petro-refinery industry, the Petro-Refinery Development Law was drafted in the Iranian calendar year 1398 (March 2019-March 2020), and then amendments to this law were drafted in the parliament earlier this year.

Two weeks ago, Iranian Oil Minister Javad Oji said some major domestic banks are going to form a consortium with a total investment capacity of four billion dollars to implement petro-refinery projects across the country.

Back in March 2021, Oil Ministry announced starting of a program for constructing petro-refinery plants in the southern coastal regions, calling on capable domestic companies to contribute to the program.

Following the announcement, 74 domestic companies were authorized for participating in the mentioned program.
In fact, 117 companies had submitted their requests to the Oil Ministry among which 74 were initially approved.

Also on Wednesday, the managing director of Lavan Refinery (in Lavan Island south of Iran) announced the construction of a 150,000-barrel petro-refinery next to Lavan Refinery and efforts to increase the refinery's gasoline production by one million liters per day.

Mohammad-Ali Akhbari said the project to build the mentioned petro-refinery is in line with the oil industry’s approach to develop the petro-refining plans.

He said that major shareholders have welcomed the investment in the new petro-refinery project, negotiations have been held with the private sector, and a working group has been set up to expedite and facilitate the implementation of this project, which will be completed with continuous follow-up.
Increasing the country’s petro-refining capacity, in addition to generating more revenue, new job opportunities, economic prosperity, and reviving other industries, is a key defense mechanism against the impacts of the U.S. sanctions on the country’s oil industry.