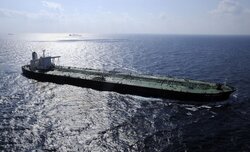 Iranian heavy oil price increased $9.2 in May to register an 8.7-percent rise compared to the previous month, according to OPEC’s latest monthly report published on Tuesday.

Iranian heavy crude oil price followed its upward trend for the seventh consecutive month to reach $115.48 per barrel in the mentioned month, compared to April’s $106.28 per barrel.
According to the report, the country’s average heavy crude price was $102.92 from the beginning of 2022 up to the report’s publishing day, in comparison to $61.94 in the previous year’s same period.

The jump in Iran’s oil exports in Q1 was the fastest among all producers in West Asia, while the volume of exports is estimated to be the highest since former U.S. President Donald Trump withdrew from the so-called Iranian nuclear deal in 2018, the report said.
Back in April, Washington Free Beacon, an American conservative political journalism website, said in a report that Iran's "fleet of ghost ships" has been successfully sidestepping U.S. sanctions, delivering millions of barrels of crude oil and petroleum products to foreign destinations.
The report claimed that Iranian oil tankers have shipped at least $22 billion worth of oil only to China since 2021.

Iran raises oil selling prices for Asian buyers in May