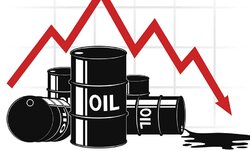 Iranian heavy oil price decreased $2.64 in August to register a 3.6-percent fall compared to the previous month, according to OPEC’s latest monthly report published on Monday.

Following the increase in oil supply by OPEC members in the mentioned month, the Iranian heavy crude oil price settled at $70.34 per barrel, compared to July’s $72.98 per barrel.

According to the report, the country’s average heavy crude price was $65.7 from the beginning of 2021 up to the report’s publishing day, in comparison to $39.34 in the previous year’s same period.
The report put Iranian crude output for August at 2.485 million barrels per day (bpd) indicating an 8,000-bpd decline compared to the figure for the previous month.

Based on OPEC data, the country’s average crude output in the second quarter of 2021 stood at 2.443 million bpd indicating a near 229,000-bpd rise compared to the average figure for the year’s first quarter.
OPEC basket prices also fell $3.2 or 4.4 percent to settle at $70.33 a barrel in August from the previous month.

Iranian heavy crude oil price had followed an upward trend since the beginning of the current year up to May.
In addition to the devastating impacts of the coronavirus pandemic on the global oil industry which resulted in the drastic fall in oil prices, the Iranian oil industry has also been under pressure from the U.S. efforts to isolate the country by re-imposing sanctions.

The country, however, has been ramping up its oil production over the past few months following the recent developments in the White House and also the recovery of the global markets from the negative impacts of the coronavirus pandemic.

Earlier in February, Fitch Solutions Incorporation, a subsidiary of Fitch Ratings, which is one of the U.S.’s three biggest credit rating agencies, forecasted a 6.8-percent growth for Iranian oil exports in 2021 if the U.S comes back to the 2015 nuclear deal.

In one of its latest reports dubbed “Iran Oil and Gas Report”, Fitch also saw the Islamic Republic’s crude oil exports double in 2022 compared to 2020.
“The prospects for the Iranian oil sector have brightened significantly following Joe Biden's victory in the U.S. presidential election on November 3. President Biden has indicated that he will seek to re-enter the U.S. into the Iranian nuclear deal, paving the way for a roll-back of secondary sanctions and recovery of around 2.0 million bpd in oil production,” the report said.