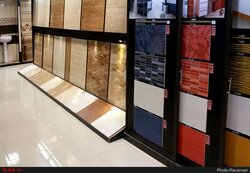 The value of Iran’s export of ceramics and tiles rose nine percent in the first two months of the current Iranian calendar year (March 21-May 21), as compared to the same period of time in the past year, the spokesman of Industry, Mining and Trade Ministry announced.

Omid Qalibaf put the value of two-month export of the mentioned products at $595,000.
He also said that Iran’s export of glassware containers increased 50 percent, in terms of weight, in the first two months of this year, from that of the previous year.

The chairman of Iran Ceramic Society (ICS) has said the country exported over $1.6 billion worth of ceramics and glassware products in the previous Iranian calendar year 1400 (ended on March 20).
According to Hossein Zojaji, Iran exports about 800,000 tons of glass annually while the demand for the product in destination markets is over 1.2 million tons.