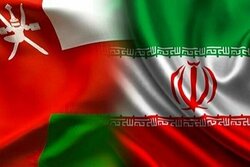 Head of Iran’s Trade Promotion Organization (TPO) said the value of the country’s export of non-oil products to the Sultanate of Oman will hit one billion dollars before the end of the current Iranian calendar year (March 20, 2023).

Alireza Payman-Pak put the country’s export of non-oil goods to Oman in the first four months of the current year (March 21-July 22) at $415 million, saying that the figure can be boosted to one billion dollars, Mehr News Agency reported.

For this purpose, a workshop entitled "Iran-Oman Trade" was held in Tehran on August 3 with the participation of senior officials from both sides including the head of TPO, the director-general of TPO’s West Asian department, the deputy ambassador of Oman to Tehran, Iran’s commercial attaché to Oman, chairman of Oman Chamber of Commerce, head of Iran Chamber of Commerce, Industries, Mines and Agriculture (ICCIMA) and representatives of Islamic Republic of Iran Customs Administration (IRICA) and Islamic Republic of Iran Shipping Lines (IRISL) as well as Export Guarantee Fund of Iran (EGFI).

During the meeting, Peyman-Pak pointed to the situation of Iran’s trade with the Sultanate of Oman and said that Iran’s trade with Oman in the previous Iranian calendar year (ended March 20) registered a 99 percent growth as compared to the preceding year due to the special attention of 13th government under President Raisi for boosting trade with neighboring countries.
Last year, the trade between Iran and Oman reached $1.336 billion, indicating a growth of 57 percent compared to the preceding year.

Back in July, the Iran-Oman Joint Chamber of Commerce signed a trilateral memorandum of understanding (MOU) with TPO and Iran's Small Industries and Industrial Parks Organization (ISIPO) to facilitate the export of non-oil goods to Oman and to increase the volume of trade between the two countries.

According to Peyman-Pak, the main goal of this memorandum is to facilitate the participation of the country's manufacturers and production units located in industrial parks in Oman’s specialized exhibitions and to increase the presence of Iranian products in the Omani market.