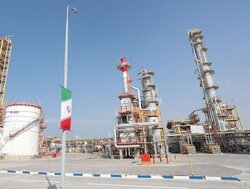 Head of Iranian Offshore Oil Company (IOOC) has said the first phase of the development project of Esfandiar oil field which Iran shares with Saudi Arabia is going to begin in the near future, IRNA reported.

According to Alireza Mehdizadeh, the first phase of the development of Esfandiar field which is an extension of the Lulu field in Saudi Arabia is expected to be completed within 36 months.
“The plan for the first phase of the development of the Esfandiar oil field has been prepared and approved by the board of directors of the National Iranian Oil Company, and the project will be handed over to the contractor soon,” Mehdizadeh said.

In the first phase of the field’s development, four production wells, as well as an explanatory well, are going to be dug and the produced oil will be transferred to Kharg Island after being processed at the Abuzar oil field’s platform.
Oil recovery from Esfandiar field has yet to begin about 50 years after the field was discovered with more than 500 million barrels of in-situ reserves.
In May 2002, Iranian Oil Ministry signed a $585 million buyback deal with PetroIran to boost oil recovery from the Forouzan field and produce 4,000 barrels per day from Esfandiar.

The project was halted after IOOC proposed to raise production from Esfandiar to 10,000 bpd and subsequently to 20,000 bpd.
Later, IOOC awarded the project to Malaysia’s Petronas, with Qatar’s National Bank (QNB) due to fund its €400 million development but the agreement was canceled after QNB refused to make the investment.
In 2015, IOOC and a Norwegian-Austrian company signed a preliminary agreement for the development of the offshore field, however, that agreement too was left unfulfilled.