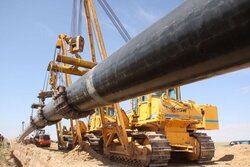 As announced by the managing director of Gas Company of Sistan-Baluchestan province, in southeast Iran, gas has been already supplied to 1,670 families in the rural areas of the province.

Mohammadreza Mir-Shekari also put the number of families supplied with natural gas at 110,070 in urban regions of the province.
Back in mid-March, the managing director of National Iranian Gas Company (NIGC) had said that gas had been supplied to 291 deprived villages in less than six months.

Majid Chegeni said that the process of supplying gas to the rural areas has accelerated, especially with the approvals of the provincial trips of the president in the current government.
The official has previously announced that all of the country’s rural and urban population will have access to natural gas through the national gas network within the next two years.