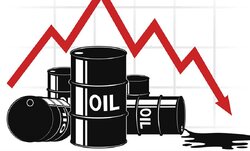 Iranian heavy oil price decreased by $5.39 in August to register a five-percent fall compared to the previous month, according to OPEC’s latest monthly report published on Tuesday.

Following the increase in oil supply by OPEC members in the second consecutive month, the Iranian heavy crude oil price settled at $102.24 per barrel in August, compared to July’s $107.63 per barrel.

According to the report, the country’s average heavy crude price was $105.06 from the beginning of 2022 up to the report’s publishing day, in comparison to $65.70 in the previous year’s same period.

The report put Iranian crude output for August at 2.572 million barrels per day (bpd) indicating a 5,000-bpd increase compared to the figure for the previous month.

Based on OPEC data, the country’s average crude output in the second quarter of 2022 stood at 2.556 million bpd indicating a near 27,000-bpd rise compared to the average figure for the year’s first quarter.

Iranian heavy crude oil price had followed an upward trend from the beginning of the current year up to June.

Despite the negative impacts of the U.S. sanctions, Iran has been ramping up it's oil production and exports over the past few months.

Earlier this month, Iranian Oil Minister Javad Oji said the global energy market needs an increase in the supply of Iranian oil, saying: “As a major producer of oil and petroleum products, we are always ready to play our role in maintaining global energy security away from politics.”

“Although the Europeans are trying to compensate for the lack of energy and reduce the severity of the crisis with some changes in their energy policies, the stable and reliable supply of energy sources is a necessity for European consumers as the fall and winter seasons approach,” the minister said after an OPEC+ meeting on September 6.