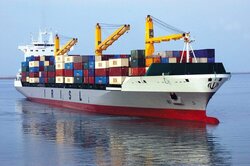 The United Nations Conference on Trade and Development (UNCTAD), in its latest Review of Maritime Transport report dubbed “Navigating Stormy Waters”, has said the capacity of Iran’s maritime fleet has increased by one percent or 190,000 tons in 2022.

In 2021, the capacity of the Iranian shipping fleet was estimated to be 19.251 million tons.

In 2021, Iran's maritime trade fleet had received eight new vessels, and in 2022, one more ship was added to the country’s fleet, thus bringing the number to 255.

Based on the report, in 2022, Iran has maintained its position as the owner of the world’s 22nd-biggest maritime fleet in terms of capacity.

The UNCTAD data indicates that the Iranian shipping fleet accounts for 0.89 percent of the world’s total shipping capacity.

UNCTAD has put the total number of the world’s commercial ships, including tankers, container ships, and bulk carriers at the end of 2022 at 55,037. The total capacity of the mentioned ships is estimated at 2,180,058,307 tons in 2022, which has increased by two percent over the previous year.

The capacity of Iran's maritime fleet has been greater than three major industrialized countries, namely France, Italy, and Canada; and the U.S., as the world's largest economy, has only three times the maritime trade capacity of Iran. Countries like the Netherlands, Saudi Arabia, and Brazil also have smaller shipping fleets than Iran.

According to the UNCTAD report, Greece has the largest maritime fleet in the world in terms of cargo-carrying capacity. The capacity of the Greek fleet is 384 million tons. The total number of Greek ships is estimated at 4,870.

Experts believe that having a large maritime fleet has played an important role in Iran’s resilience against the U.S. sanctions, and by using this large fleet, the Islamic Republic has been able to neutralize the economic sanctions to a large extent.