Tehran is account for 15% of Iran’s total power consumption 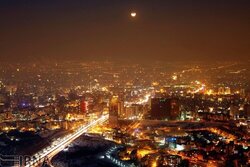 According to Masoud Sadeqi, over 8,000 megawatts of electricity is consumed in Tehran, and saving only 10 percent of this figure would supply power to a whole city, IRIB reported.
“This week, we are facing a two-degree increase in temperature, which will increase consumption by 4,000 megawatts,” Sadeqi said.
Noting that in such conditions, 30 to 40 percent of the total electricity is consumed by air-conditioning devices, he said: “Setting the temperature of air conditioners to 26 degrees can significantly reduce electricity consumption.

The official noted that since the current hot wheatear is going to continue if people do not manage their electricity consumption power outages will be inevitable.

“If household consumers do not cooperate by managing their consumption we might be forced to impose supply limitations for industrial subscribers in the steel sector,” Motevalizadeh said in a press conference.

Back in May, Motevalizadeh had warned that this year the country will have a difficult peak consumption period.

“This year, we are facing major issues. First, there was a very severe drought during which we saw a reduction in the water supply to the country's hydropower plants to less than half. In this way, we lose the generation of about 4,000 megawatts (MW) of electricity from hydropower sources”, the official said on May 19.