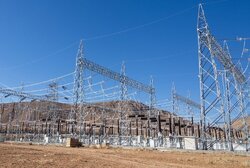 Pakistan is looking to increase electricity imports from Iran to 70 megawatts (MW) to meet the power needs in its under-development Gwadar port, Pakistani news outlets reported.

As reported by Pakistan Today, according to a decision made by the Cabinet Committee on China-Pakistan Economic Corridor (CPEC), a Pakistani company called Quetta Electric Supply Company (Qesco) is awarded the project to lay a transmission line for supplying the imported electricity to Gwadar port.

The transmission line is expected to be completed by March 2023.
Pakistan is already importing some electricity from Iran but the U.S. sanctions against Tehran have created hurdles in making proper payments for the import, prompting Pakistan to opt for a barter agreement for the deal.

Back in April, Iran’s outgoing Energy Minister Reza Ardakanian said the country is capable of boosting its electricity exchange with the neighboring countries to 10,000 megawatts (10 gigawatts).
Referring to the positive measures taken by the Energy Ministry for expanding the possibility of energy exchange with neighboring countries, the minister said: "Now, we have the possibility to exchange electricity with all countries that share land borders with us."

Currently, the Iranian power industry consists of one million kilometers of transmission, distribution, and super-distribution networks, about 500,000 mega-volt ampere capacity of high and low-pressure substations, and about 85,000 MW capacity of power plants, Ardakanian said.

As one of the major players in West Asia’s energy market, Iran is now emerging as a major electricity hub in the region as the country is following a comprehensive plan for synchronizing its power grid with the neighboring countries.

Currently, Iran has electricity exchange with Armenia, Azerbaijan, Iraq, Turkmenistan, and Afghanistan.
Earlier this year, Energy Ministry's Spokesman for Electricity Industry Mostafa Rajabi Mashhadi also announced that the country is pursuing a plan for exporting electricity to the southern Arab neighbor Oman through the sea.

Iran’s total electricity exchanges depend on the hot and cold seasons of the year since, during the hot season which is the peak consumption period, the country’s electricity exports decrease and the country even imports some electricity.

Permits issued for establishment of 830 industrial units in Semnan province

US push for green energy could strand $68 billion in coal, gas assets – report