‘Next year’s budget bill will not face any deficits’ 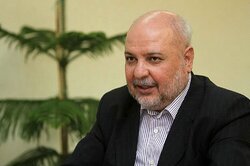 The head of Iran’s Planning and Budget Organization (PBO) has said the national budget bill for the next Iranian calendar year (starts in March 2022) has been prepared in a way that it will not face any deficits, IRIB reported.

According to Masoud Mirkazemi, the circular of the bill has been finalized and is ready to be sent to the president's office for reviewing.

"Experts and decision-makers in preparing and drafting the [Iranian calendar year] 1401 budget bill have tried to have a macro view and to make sure that the decisions made by them will have positive effects for the entire nation and not just a certain group,” Mirkazemi said in the 14th meeting of the budget bill preparation headquarters on Saturday.