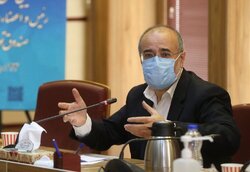 Head of the National Development Fund of Iran (NDF) has said the fund is planning to diversify its capital sources, IRNA reported.

Mehdi Qazanfari noted that the fund is considering the diversification of its input resources based on the country’s potentials and capacities in various areas other than oil.

“One of our challenges at the National Development Fund is to determine how much of the fund’s resources would be stabilization resources, how much development resources, and how much should be kept for the future generations,” Qazanfari said.

Stating that the National Development Fund belongs to the people of Iran, he said: “We should all try to realize the fund’s major goals and we hope that more steps will be taken in all dimensions to do so.”