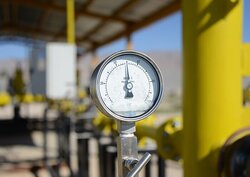 Head of National Iranian Gas Company (NIGC) has said Iran is the world’s fourth consumer of natural gas and the country’s gas consumption equals that of 12 European countries, Shana reported.

We are the third-largest gas producer in the world and the fourth largest consumer after Russia, the United States, and China, and the amount of gas consumed in Iran is almost equal to that of the 12 rich countries in Europe,” Majid Chegeni said on Saturday. He said that many factors affect natural gas consumption, adding: “in the field of mechanisms that are used all over the world to reduce consumption little work has been done in our country and people are not properly educated.”

Emphasizing the need for national determination to create a culture of proper gas consumption, Chegeni said: "This year, our conditions are not favorable in terms of production and consumption, and for the stability of the network, we have to impose restrictions so that we can pass the cold season without any disruptions in supply."

Despite the forecasts, this year the cold season started earlier than last year, which led to an increase in gas consumption, he stated.

According to the official, the country’s gas consumption in the domestic and commercial sectors reached 480 million cubic meters (mcm) on Saturday, about 90 mcm more than the figure for the same period last year.

"We hope to be able to supply the fuel needed by major industries and power plants because not supplying fuel to these two sectors will have negative consequences for the economy,” he said.