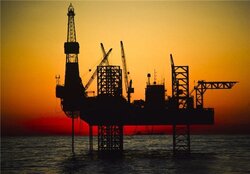 "By attracting the necessary investment, we intend to increase Iran's oil production capacity to 5.7 million barrels in the next eight years," Zobeidi said in a gathering of NIOC and capital market representatives on Tuesday.

As Shana reported, referring to the NIOC investment priorities, the official stated: "The participation of domestic investors in the drilling operations of new oil wells is more important for us."

According to Zobeidi, the maintenance projects aimed at keeping the production levels of the existing oil wells can also be good areas for investment. These projects may include repairing existing wells and constructing some process facilities and pipelines.

He further noted that according to the NIOC plans, the country's daily natural gas production capacity is also expected to reach 1.5 billion cubic meters within the next eight years, provided that the necessary investment is made in this sector as well.

Pointing to the plans to increase the country's gas production capacity, the official said: "Completion of the development project of South Pars phase 11, completion of some pressure-boosting projects in the existing phases of South Pars, and the development of Kish and North Pars gas fields are among the projects that the National Iranian Oil Company has on the agenda to increase the country’s gas production capacity.”

The Iranian Central Oil Fields Company (ICOFC), which operates some oil and gas fields in central Iran, also plans to increase its gas production capacity by 320 million cubic meters over the next eight years, Zobeidi added.

Back in November 2021, the Iranian Oil Ministry had announced that plans were underway to boost the country’s crude oil capacity to near four million bpd by March 2022, returning to levels not seen since before the U.S. withdrew from the nuclear deal and re-imposed sanctions on the country's crude sales in 2018.

In the budget bill for the next Iranian calendar year (starts on March 21), special attention has been paid to improving oil and gas production and development of energy infrastructure across the country in order to boost the oil output to 3.952 million bpd.

Considering the new resource allocations for the development of the oil industry in the budget bill for the next fiscal year, the country’s crude oil and gas condensate production is expected to increase by 144,000 bpd, Tasnim News Agency reported earlier this month.